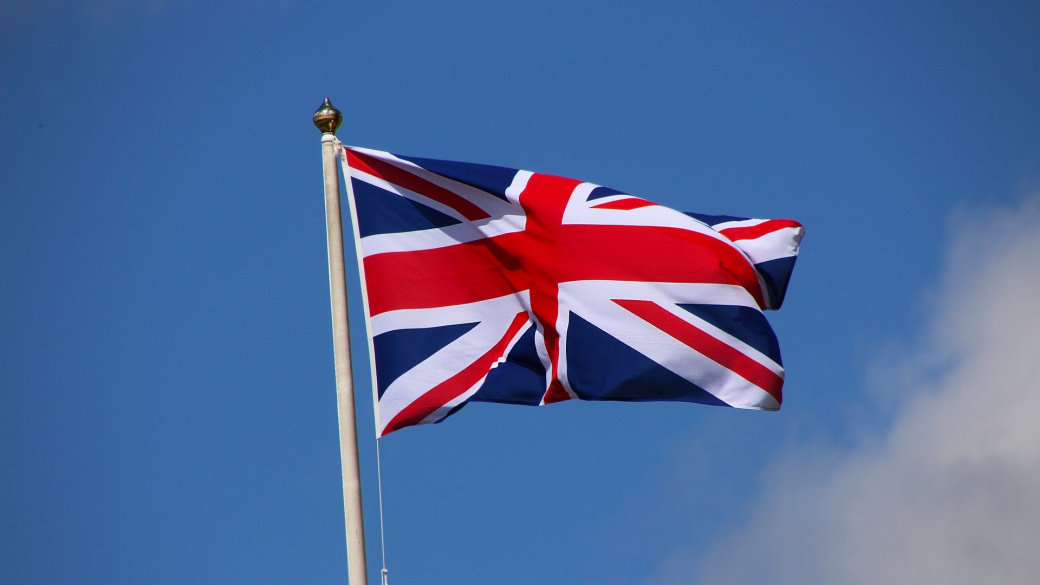 VAPAR Launches UK operations to be closer to growing customer base

This month, we are proud to announce the opening of our offices in the UK where CEO, Amanda Siqueira, will now be based. VAPAR has always been keen to get closer to the water and sewer market in the UK since the company first came over to the UK as part of United Utilities’s Innovation Lab 2, back in 2019.

Building on its development and successes in Australia and New Zealand in 2020, and with the support of United Utilities and other UK based customers, VAPAR has been able to grow in size and has been able to co-develop their software to meet specific UK market needs. This move also means that VAPAR will not only be able to serve customers in more countries, but also opens up direct customer support in many more timezones. The VAPAR team in Australia continues to grow to enable the delivery, support and technical development of the solutions to the global market.

VAPAR’s CEO, Amanda Siqueira, says “Whilst it is a challenge to carry out the expansion internationally in the middle of COVID, all the signs were telling us that we needed to be here, close to our valued customers. What COVID has taught us is that whilst a lot can be achieved remotely, especially in the world of software and cloud delivery, the relationships and impact of in-person collaboration is key to innovation and getting the details right”. To support the company’s growth, the technical team has doubled in size, lead by CTO, Michelle Aguilar, who was also recently a finalist for the Women in AI 2021 awards.

VAPAR is currently undertaking a number of trials and implementation projects in the UK that will be announced shortly. We are also always looking for collaborative partnerships that can add value to our UK water utility customers.

If you would like to learn more, get in touch with Amanda directly via LinkedIn or our Contact us page. 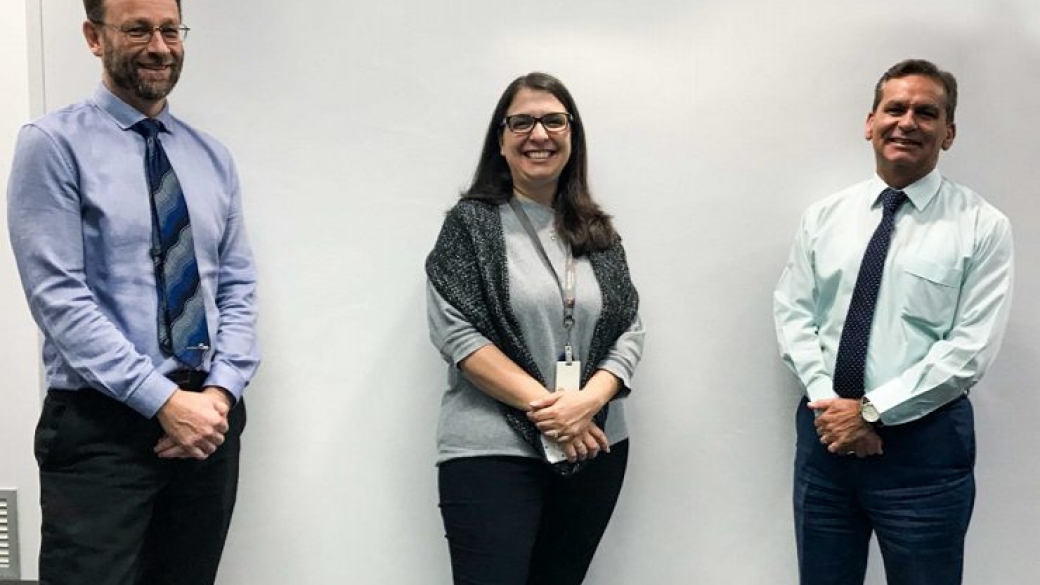 Our friends at Blacktown City Council have recently been recognised for their outstanding efforts towards innovative service delivery. The Council has recently received ‘Highly Commended’ status in the ‘Service Delivery Initiative – Population Over 60,000’ category of the Local Government Excellence Awards for 2020 for the Blacktown City Council VAPAR Pilot Project we partnered on in 2019.

According to the Awards, the ‘Service Delivery Initiative’ category recognises ‘initiatives that demonstrate best practice (outstanding action), or the pursuit of excellence in the delivery of a service(s) to the community or a specified target market that is able to be continued on an ongoing basis.’

The Local Government Excellence Awards highlighted that Blacktown City Council’s embrace of innovative technology (that’s where VAPAR comes in) to improve service delivery was pivotal in their achievement of ‘Highly Commended’ status.

About the Pilot Project

As part of their review of Asset Management Strategy and Support Services in 2018-2019, the Council’s Better Practice Review (BPR) Program identified the management of drainage infrastructure as a key area for practice improvement, especially considering Blacktown’s projected population rise to 560,000 by 2050.

Specifically, Council were interested in engaging a technology which allowed them to better utilise data to drive the planning and decision-making for its Asset Management Plans. Due to their labour-intensive nature, visual pipe inspections had not previously formed part of the data collected for asset management condition assessments. Instead, Council had relied on ‘estimated useful life projections’ in its asset management plans for pipes.

This is where our partnership with Blacktown City Council began – a trial inspection of 3km of pipe CCTV footage, with a view to finding a solution to proactively manage the Council’s 1,160km of pipe infrastructure and make data-driven decisions moving forward. Finding a viable solution to this challenge was something that Council’s Asset Planning Engineers had been keen to tackle for some time.

By project end, the Pilot Project had demonstrated an overall success rate of 84.6% in the identification of pipe defects. Most importantly, Council had taken steps to adopt a technology-based approach to their service delivery, allowing them to inform Drainage Asset Management Plans with standardised asset condition data.

What made Blacktown City Council stand out from their peers?

By seeking a technological solution to address a key area for practice improvement highlighted by the BPR Program, Blacktown City Council were able to greatly improve their service delivery, creating a proactive approach which utilised data to drive decision-making.

Even more crucially, Blacktown City Council were able to implement this change whilst also circumventing weeks of labour resources that would have been normally required (hooray for automation!).

The Local Government Excellence Awards highlighted that Blacktown City Council’s Pilot Project with VAPAR was an excellent example of how Blacktown City Council is embracing emerging technology as a mechanism for improving service delivery. The Awards felt that the Council’s partnership with VAPAR represented a great example of how councils can harness start-up technology companies to address complex asset management challenges.

Naturally, the team at VAPAR is enormously excited that our partners at Blacktown City Council have been recognised for their efforts; we feel that this recognition is a fantastic payoff to an organisation which walks the walk on their commitment to ‘Building the Best’ Council in Australia.

As such, we’d like to congratulate everyone from the Council who was involved in the Pilot Project, and commend the Council for their innovative and proactive approach in making data-driven decisions to make the delivery of asset management as effective as possible.

Our CEO, Amanda Siqueira, joins the Startups Roundtable Podcast, and speaks about VAPAR’s journey from pioneering an innovative technology solution to engaging and servicing asset owners and contractors from around the world. 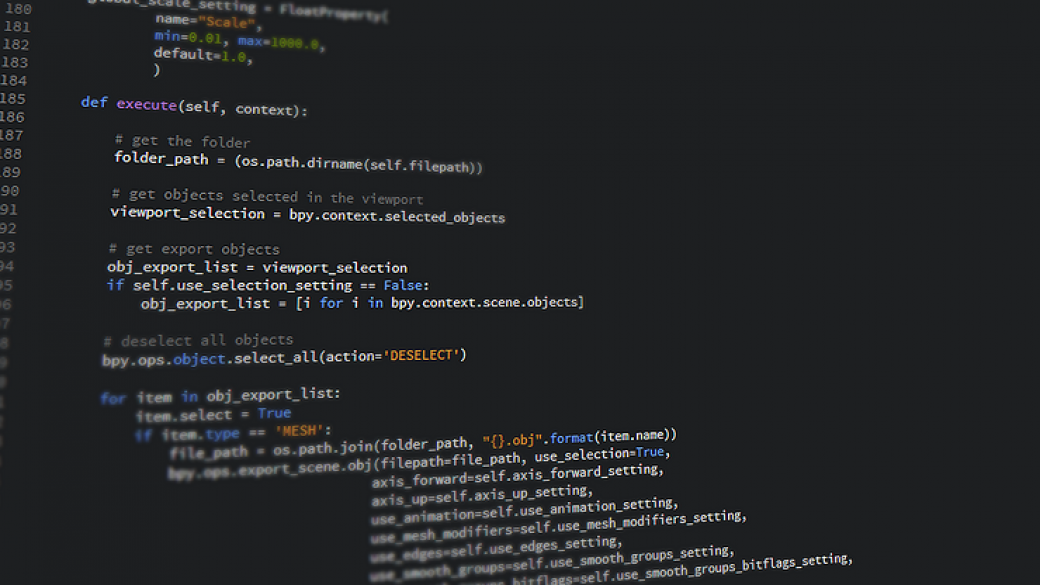 We’re looking to hire for a brilliant software Software Engineer/Developer to join our team! If you’ve got a great track record in software engineering and are familiar with Python, Angular and/or web devops, we’d like to meet you!

At VAPAR, we’re creating a smarter way to keep underground pipes in operation, longer. Piped infrastructure around the world needs to be maintained and repaired in a way that removes the need for long, manual and fatiguing tasks.

We do all of our processing on the cloud, and enable our customers to access their data online – this is where you come in. The responsibilities of this role include developing front end and back end product updates, identifying production issues and implementing integrations that meet customer needs.

In this role you’ll get to…

On day one we’ll expect you to…

Added bonuses if you have…

Our team is made up of…

To apply, check out the job listing. 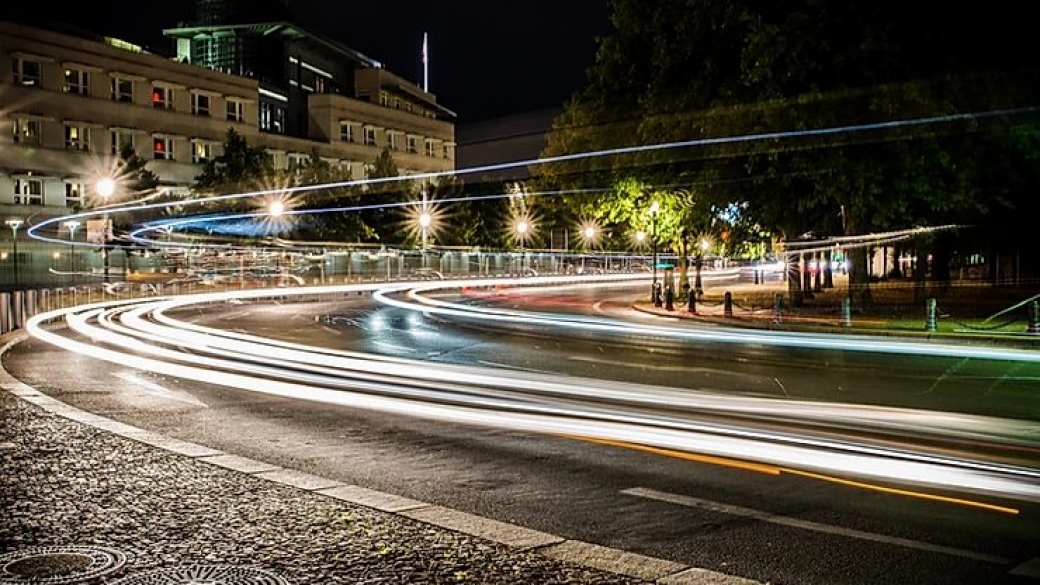 We have an exciting new opportunity to super-charge your marketing career in a fast-growing scale-up! VAPAR is seeking a Digital Marketing Manager to help us expand our outreach and market us within the industry.

In this role you’ll get to…

On day one we’ll expect you to…

Added bonuses if you have…

Our team is made up of…

We are looking for people that fit the above.

To apply, please send your CV to info@vapar.co 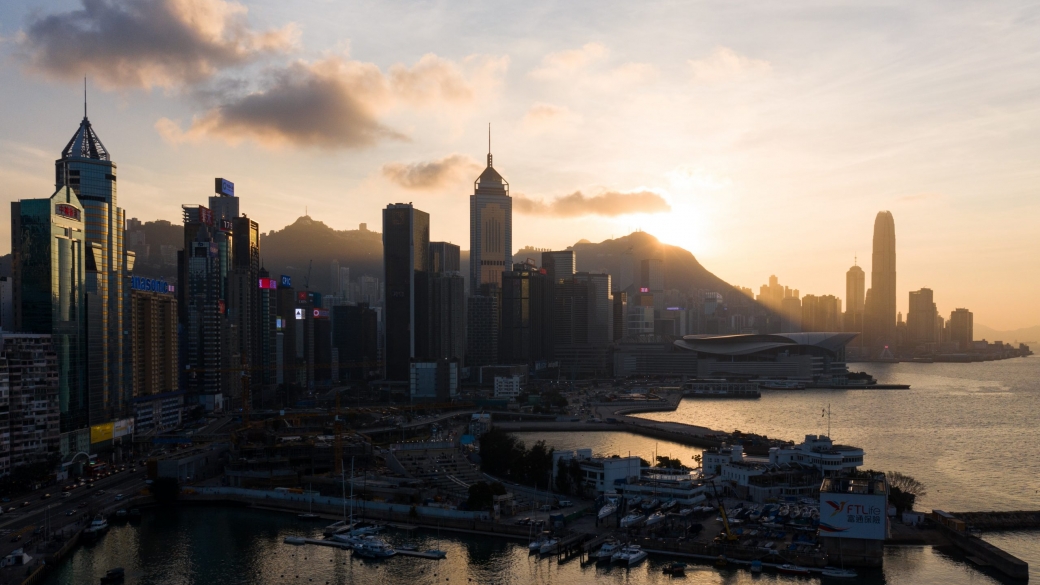 We are very proud to announce that we’ve taken on investment and raised $700K in seed funding to accelerate the growth of our company. With the backing of the investment, we can now scale sustainably and provide quality support and service to our growing customer base. 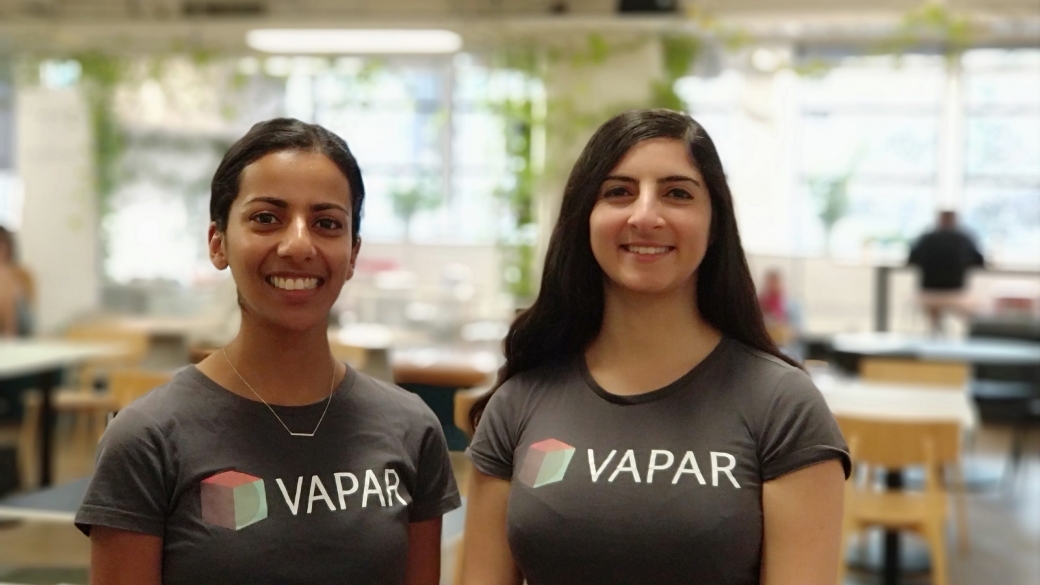 After a successful financial year, focussing on providing condition assessment solutions to the Australian market, VAPAR is pioneering the application of artificial intelligence into the global sewer inspection market.

With the new financial year beginning, VAPAR plans to launch in New Zealand and the UK, tripling the company headcount from three people to nine. 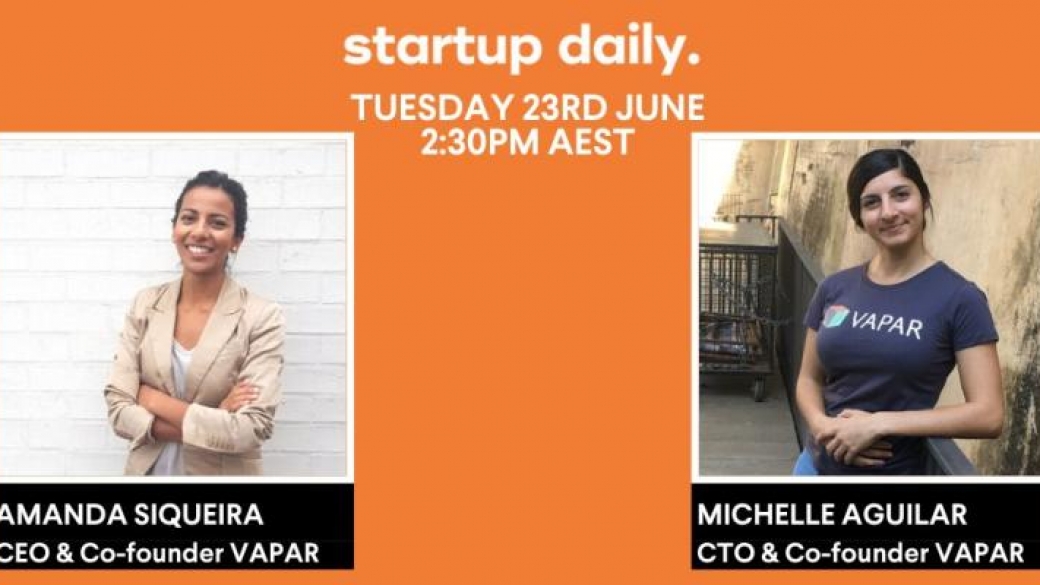 To celebrate the International Women in Engineering day, co-founders Amanda Siqueira and Michelle Aguilar have been invited to make an appearance on Ausbiz TV’s Startup Daily Show and share their experiences and views on how women in engineering can shape the world.

Check out what they had to say here and how they’ve overcome gender diversity within the engineering industry. 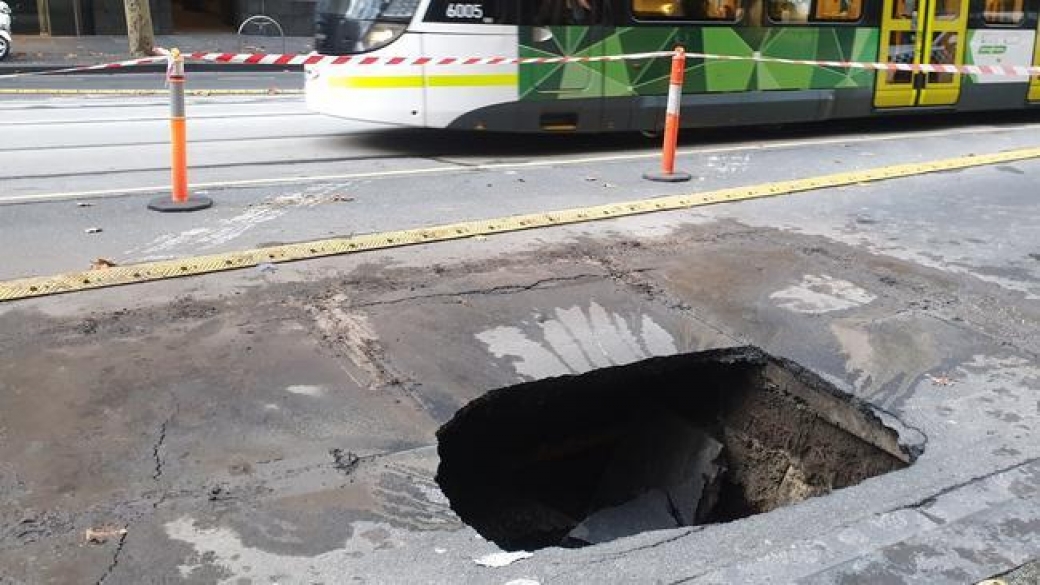 A large sinkhole has recently appeared on a street in the middle of Melbourne’s CBD.

“It [was] confirmed the issue was caused by a crack in a barrel drain running along the street.”

Ordinarily, “a crack” in a pipe by itself is not enough to cause a sinkhole.

But degradation over time can lead to compounding of pipe defects such as tree roots growing through the cracks, corrosion of any pipe reinforcement, and infiltration/exfiltration (water getting in/out of the pipe).

Infiltration/exfiltration can cause the bedding material supporting both the pipe and the road surface to slowly loosen and wash away, which is how a lot of sinkholes develop unnoticed. 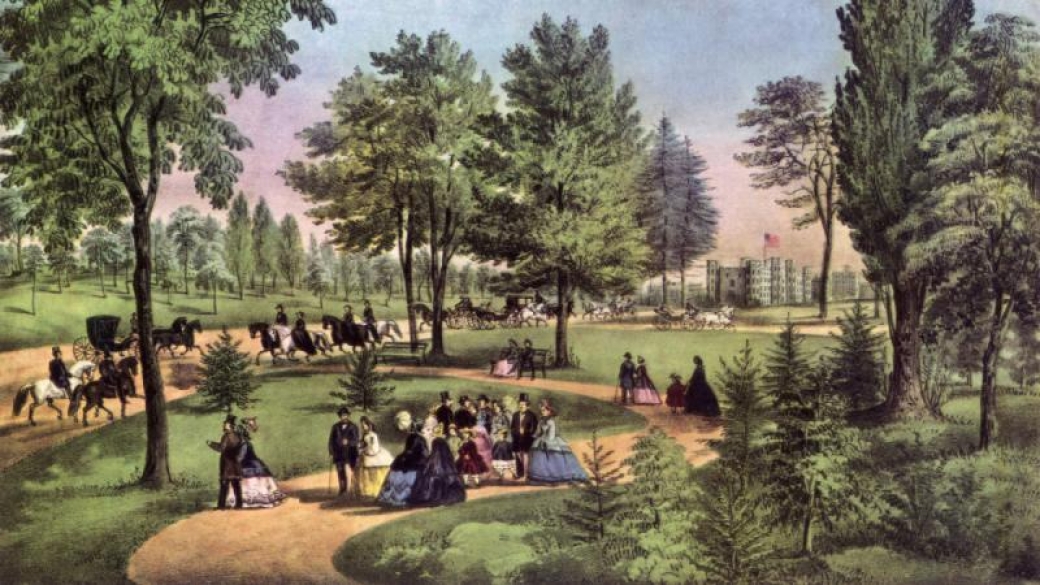 Did you know that a pandemic (cholera) was one of the main catalysts for installing modern sewerage systems in to both London and Paris?

Due to the Cholera pandemic in 1858, that hit over 10,000 residents, London saw raw sewage overflow into the River Thames that caused a strong repugnant odour, eventually forcing the government to construct a modern sewer system that transported the city’s waste as far as possible.

Similarly, amid the outbreak, in an attempt to remake Paris and open it up into a “City of Light”, French authorities went through the demolition of 12,000 buildings, boulevards, parks and fountains to install an elaborate sewage system.

Pandemics truly played a big part in transforming the cities of old.

Asset management Automation Events Media Projects Uncategorized Web platform
Shopping Basket
We use cookies on our website to give you the most relevant experience by remembering your preferences and repeat visits. By clicking “Accept”, you consent to the use of all the cookies. Keep my information private.
Read More
Accept Reject All
Manage consent

This website uses cookies to improve your experience while you navigate through the website. Out of these, the cookies that are categorized as necessary are stored on your browser as they are essential for the working of basic functionalities of the website. We also use third-party cookies that help us analyze and understand how you use this website. These cookies will be stored in your browser only with your consent. You also have the option to opt-out of these cookies. But opting out of some of these cookies may affect your browsing experience.
Necessary Always Enabled

Performance cookies are used to understand and analyze the key performance indexes of the website which helps in delivering a better user experience for the visitors.

Analytical cookies are used to understand how visitors interact with the website. These cookies help provide information on metrics the number of visitors, bounce rate, traffic source, etc.

Advertisement cookies are used to provide visitors with relevant ads and marketing campaigns. These cookies track visitors across websites and collect information to provide customized ads.

Other uncategorized cookies are those that are being analyzed and have not been classified into a category as yet.

Save & Accept
Powered by